Jason McGann selected in VCCL Team of the Year 2013-14

It is with great pleasure to announce that Jason McGann as topped off a magnificent season  with selection in the Victorian Country Cricket League Team of the Year 2013-14.

Jason has been invited to the VCCL Annual General Meeting to be acknowledged as a member of this very prestigious team and to join with the other selected team-mates and the VCCL Board and for a morning tea at the meeting’s conclusion.

The State team was selected from, statistically, the best-performed players across the eight country regions of Victoria during season 2013-14.

All regions were asked to select their own teams before VCCL selectors took responsibility for deciding the twelve best-performed players in the State. The team comprises six batsmen, an all-rounder, a wicket-keeper and four bowlers.

The team of 12 players must consist of six batsmen, an all-rounder at no 7, a wicket-keeper at no 8 and four bowlers, at least one of whom has to be a spinner – Madura Weerasinghe Silva in this team.

As senior coach, Jason has led our club to consecutive GDCA grand final appearances and this past season has been adjudged GDCA Kevin Sullivan Medalist and Captain of the GDCA Team of the Year 2013-14.

We are all very proud of what Jason has been able to achieve at Sunbury in the past two seasons. He has thoroughly deserved all the recognition for an outstanding season during 2013-14.  Jason is a fine example for our young players to follow and an inspiration to all because every time he enters the field of play wearing his Royal Blue cap he plays his heart out for his team and club.

Jason is already looking ahead to another strong performance next season having made his commitment  to the Sunbury Cricket Club for season 2014-15. 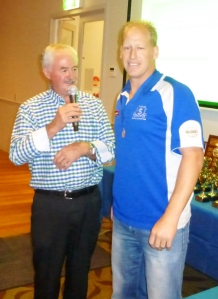 Sunbury Cricket Club are seeking expressions of interest for the position of Playing Coach, and female cricketers starting from the age of 14 to join us as we enter the first season for our new 2019/20 Woman’s Cricket Team.

We are also partnered with Sunbury Social Club where we hold major functions and socialise in the sports bar and bistro.